A family villa located on the Hill of Roses in Budapest

Near the neo-renaissance building of the Shooting Club of Buda our villa gives a complex answer by mixing the language of contemporary architecture and the 1930’s characteristic style, while considering the owners’ requirements and dealing with today’s architectural challenges.

During the design process it was a prominent aspect to avoid conflict between the neo-renaissance historic monument and the neighbouring houses, while maintaining architectural character and creating an expressive composition that can serve the owner’s high-end lifestyle.

Making use of the plot’s slanting geometry the building consists of several storeys. We created a house that strongly refers to the 1930’s style but also connects to contemporary architectural elements. The shapes, the arrangement of the openings, the immense white surfaces all indicate the area’s style but at the same time they represent the 21st century’s architecture. The dialogue between curves and sharp edges can be observed throughout the facade. The edges represent order, while curves suggest the warmness of a home. The white artificial stone finish of the ledges fade into the deliberately simple surfaces.

The playful organisation of the terraces divide the homogenous white block into smaller proportioned sections. The most eye-catching element of the house’s interior and exterior is the living room, that cantilevers above the Buda Castle’s panorama. With it’s almost invisible curved structural glass wall it creates a true connection between the surrounding environment and the house.

We did not use any ornamental element on the building. However, we wanted to emphasize the entrances, where we placed an elegant blue granite slab which stands in contrast with the monochromic white character of the villa. Our intention was to emphasize the beauty of this architectural language that is described by effortless simplicity. 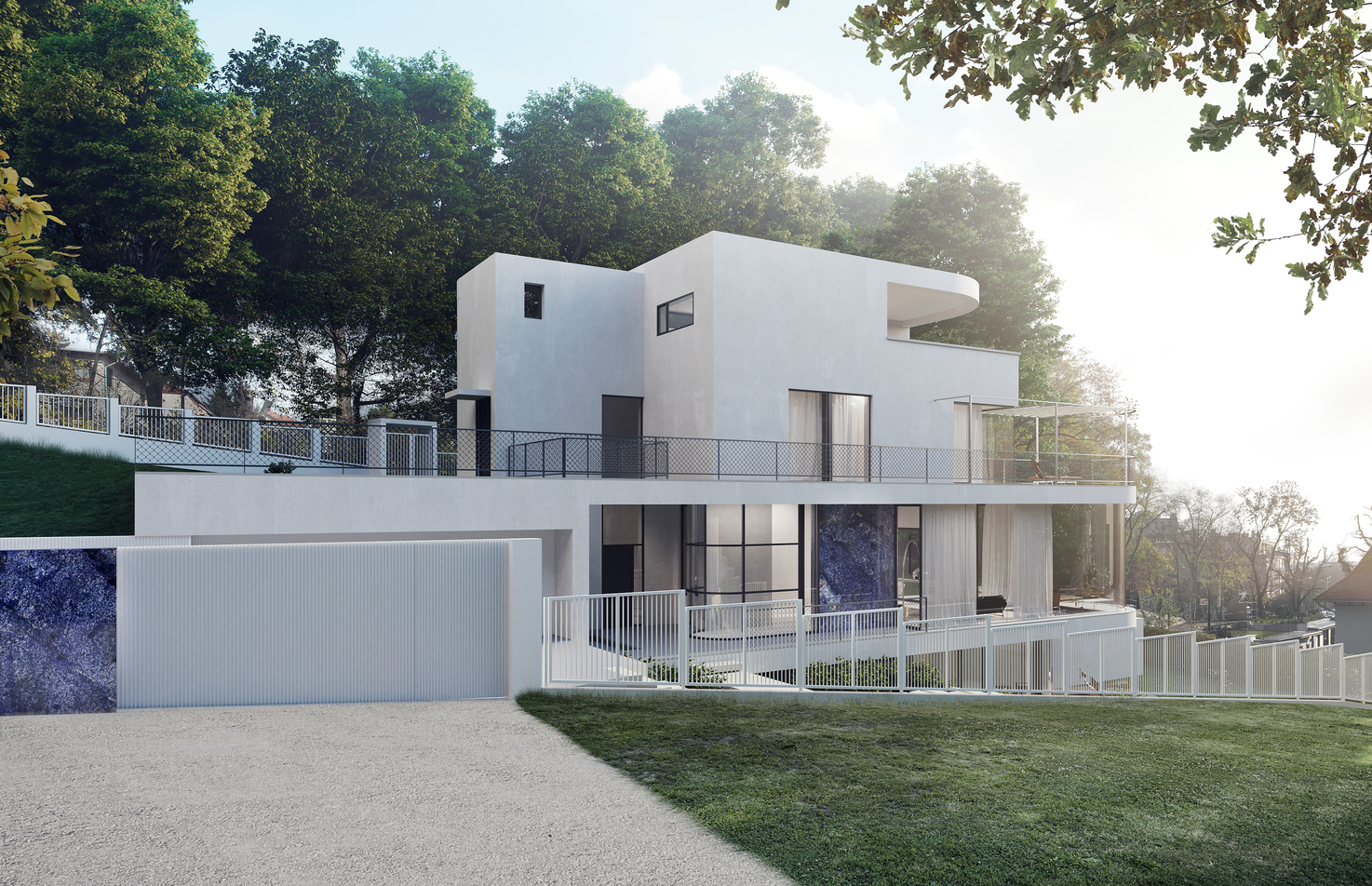